These are people who are loved and missed by their families and the impact of the crash will touch hundreds of people and affect many lives. It also impacts on the South African economy and so these lives are not just statistics.
11th January 2017
SADD would like to extend their deepest condolences to the all the families and friends that have lost their loved ones due to road crashes. 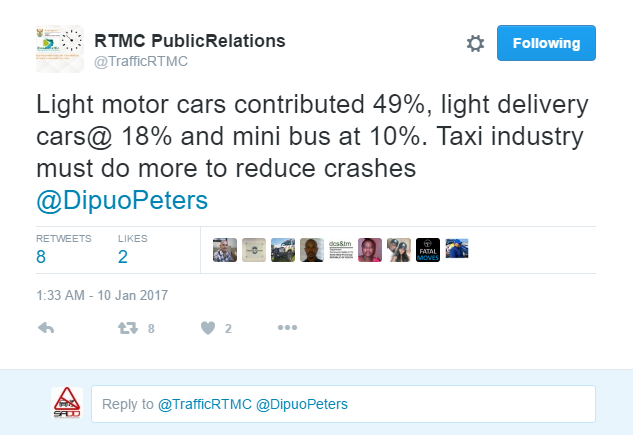 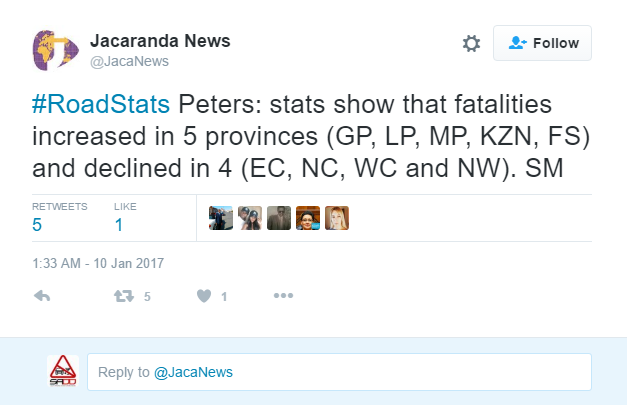 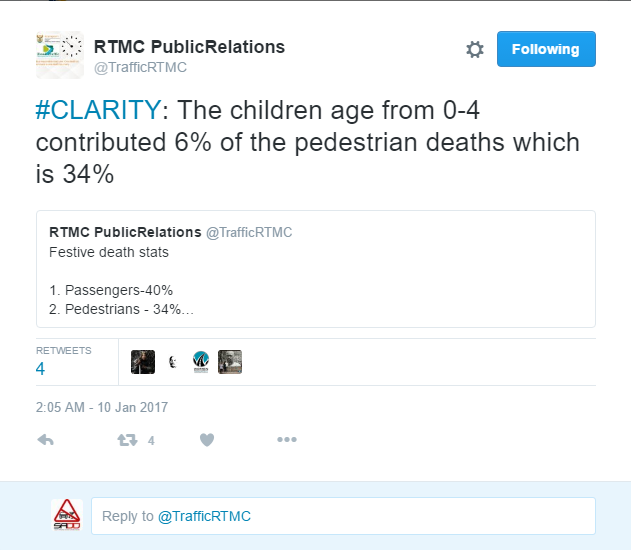 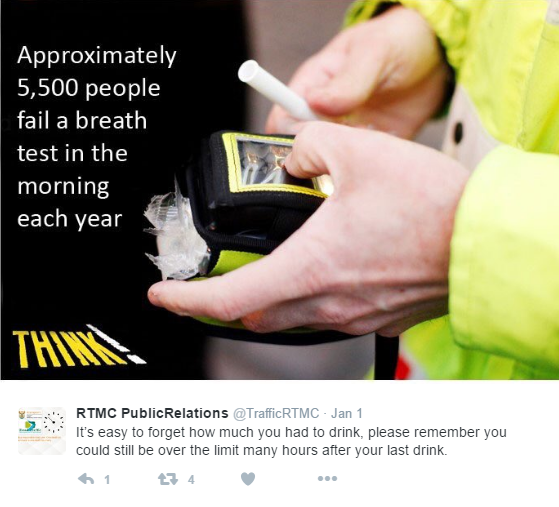 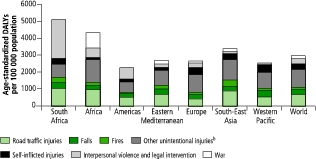 More random alcohol testing – morning, noon and night- 24 hrs-every day of the week- all yr- and not just at holiday periods.
The establishment of “Drink Driving Courts” so drink drivers are tried and sentenced within 1 month of the incident.
All convicted drink drivers to automatically have licence removal and be sent for alcohol education and/or treament with properly trained addiction counsellors.
Every driver to be tested for alcohol or drugs at every crash scene, and for all SAPS and Traffic Police to have screening breathalyzers in their vehicles.
Traffic Officers to be on duty- 24/7,and especially at night and weekends when most crashes happen.
“Accidents” to be called “crashes”- as per the UN’s recommendation- because they happen for a reason eg drink driving/speed/unsafe overtaking/unroadworthy cars, so it is not just an “accident” they happen.
Road Traffic Management Corporation (RTMC) / Department of Transport (DoT)
In South Africa, deaths per 100,000 = 43   This is shocking! 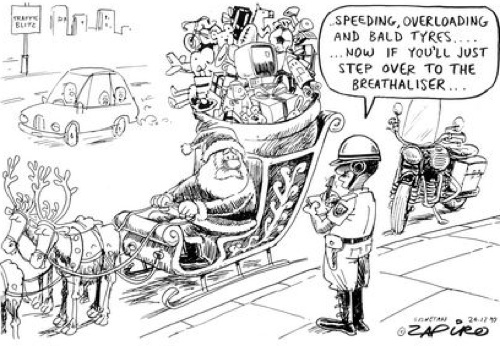 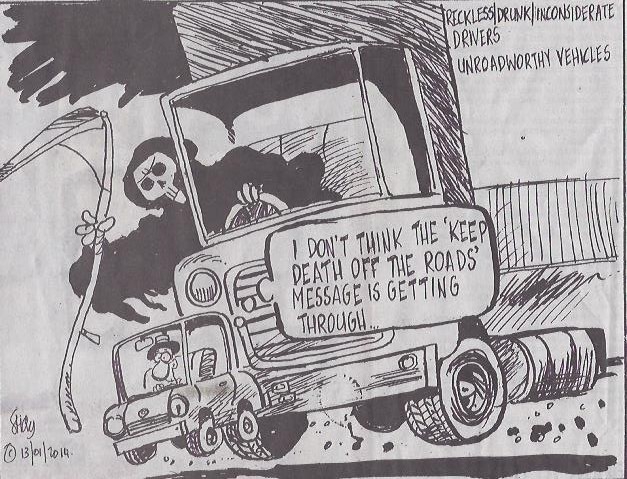 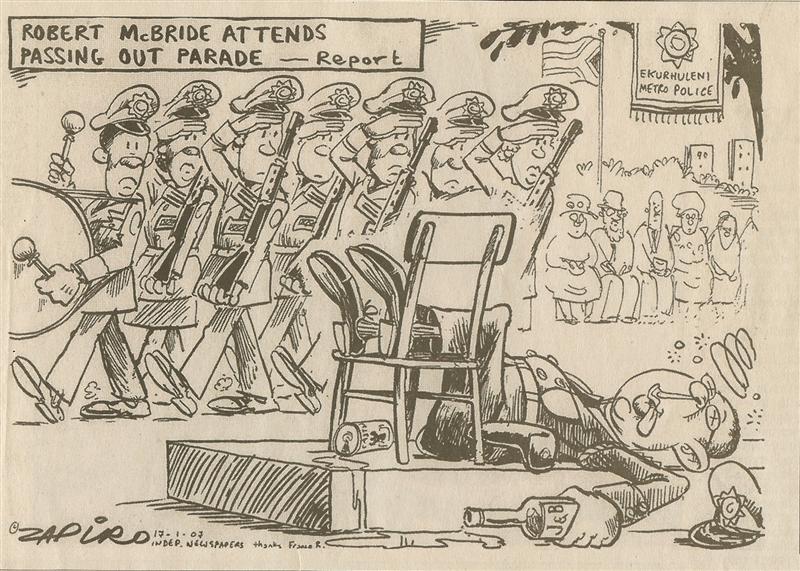