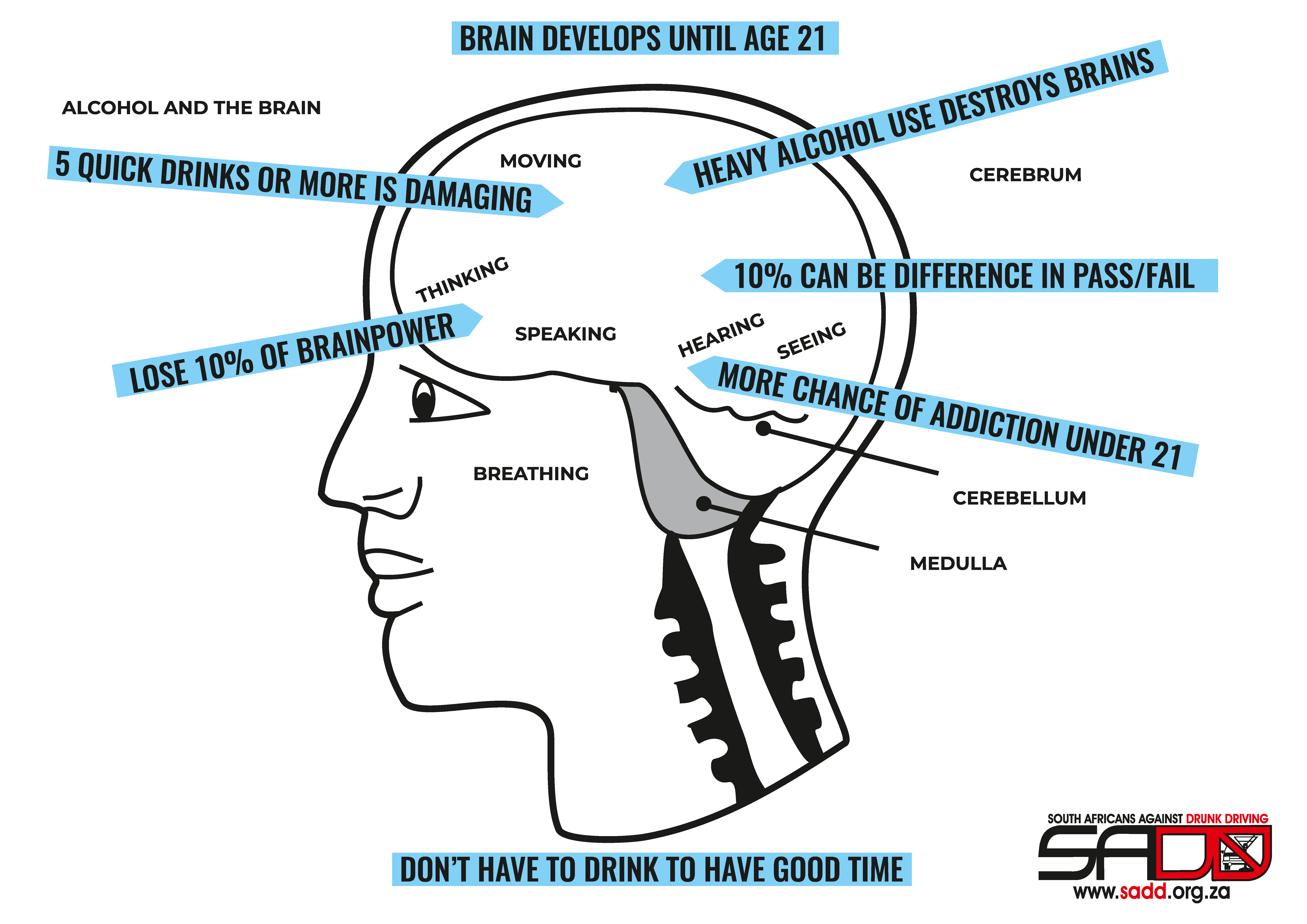 An occasional drink at home with you does not usually stop teens from binging when they are with friends, as binge drinking is the style of drinking that is usual amongst teens now.

No drinking is the safest rule, and is being advocated Internationally now.

Get teens to become AlcoFreeTeens™, to save their brains being damaged by binge drinking.

The revised National Liquor Policy was handed to cabinet as Trade and Industry Minister, Rob Davies outlined proposals to amend the Liquor Act.

Abstinence from alcohol, drugs and sex is wisest until you are over 21

What should you do in case of alcohol poisoning?

First aid: if the person is unresponsive call for medical help immediately.

The brain only finishes developing at age 21. Teenagers who drink too much (binge) may lose as much as 10% of their brainpower – the difference between passing and failing in school ………and in life.

“The younger someone is when they begin to drink alcohol, the more likely that that individual will eventually become an alcoholic. 40% of drinkers who got started before 15 were later classified as alcohol dependent.” (i.e. starting drinking at 15 compared to starting at 18, gives one 4 x the chance of becoming an alcoholic!!) 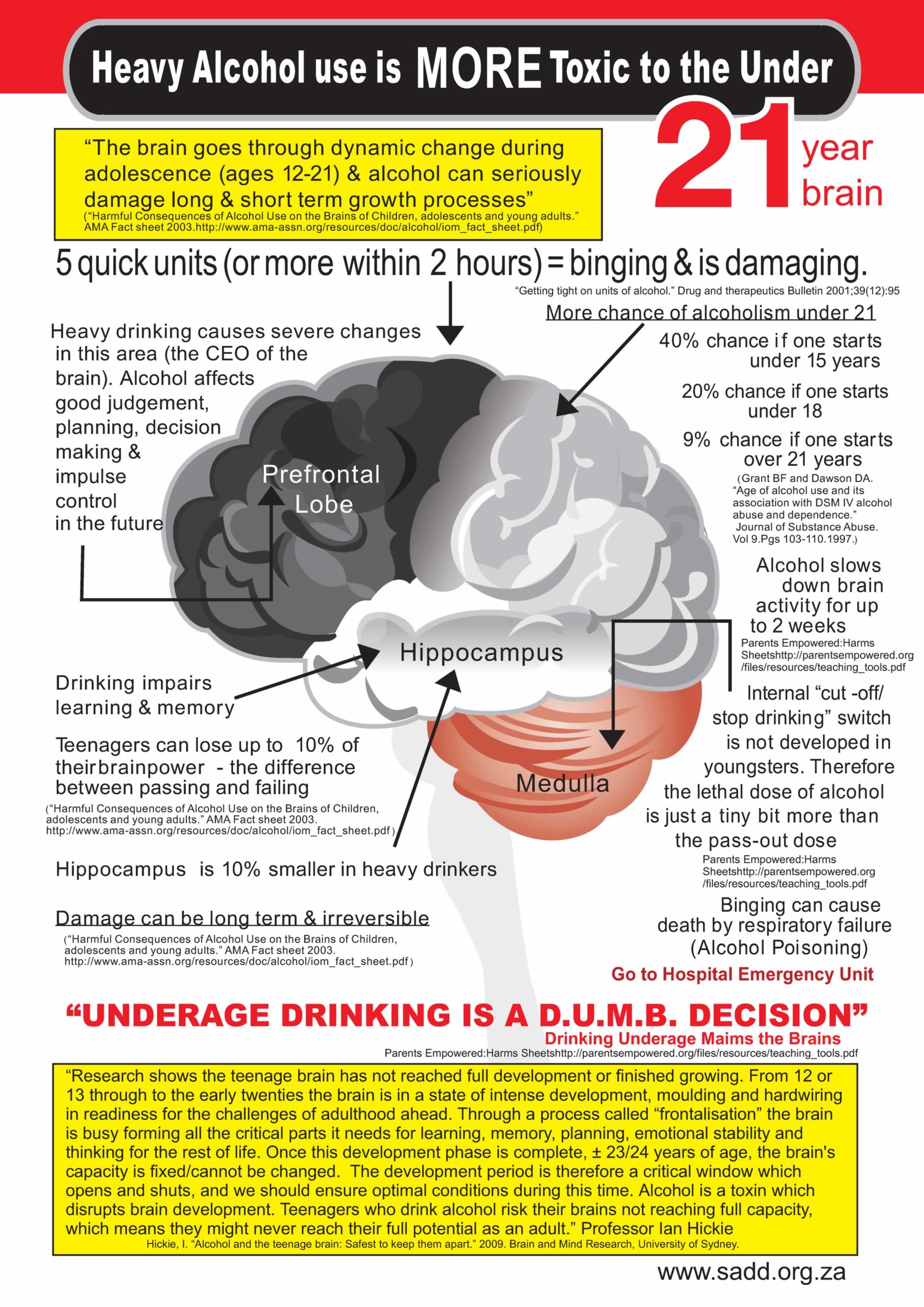 That is brain damage drinking!

Alcohol is a central nervous system depressant. The body shuts down slowly, or quickly if very strong alcohol is “down-downed.”

The first system of the body to be affected is reasoning. Then speech becomes slurred. Then co-ordination is affected. Then the person becomes unconscious.

They then become comatose and unresponsive and are often are pale and pasty. The final system that shuts down is the respiratory system so the person stops breathing, and will die if not artificially resuscitated.

Brain death occurs after a few minutes of the brain being starved of oxygen.