With him leaving us, we were again reminded of the value of each child and each day we are given by God with that child.

We should be thankful to God for this precious gift which we have to nurture with love and faith constantly because this gift is not for us to keep permanently. The time is not ours to choose when God asks this gift to join Him in Heaven.

Marvin lives on through his ultimate and priceless gift of life and through his memories that we will all cherish.

Marvin will always be remembered because he was a very much loved child – a great son – a very good friend to everyone who knew him and now an Angel in Heaven. He left an indelible mark in a lot of people’s hearts and lives.

Marvin left too soon – like a shooting star! He went the distance to find a hero’s welcome. Marvin was sent by God to enrich our lives and to give us a small glimpse of eternity!

On 29/7/2006 Marvin was picked up by some of his friends for a musical album photo shoot, within twenty minutes I was called and told that the car was involved in an accident. Marvin was the only one who lost his life and later the witnesses confirmed that the driver was under the influence of alcohol driving at 180kmh. The passengers were screaming begging him to stop but he did not.

He is still driving around free.

He was never taken to court nor sentenced. He is walking free as a bird.

I have tried all means to persuade the matter but all in vain, apparently he has good connections within the SAPS hence he is well known for drunken driving cases. 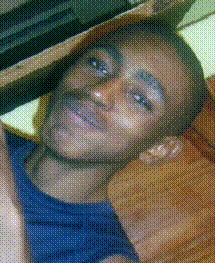