South Africans Against Drunk Driving – SADD – assist victims of this crime to try and get a fair trial. We feel the 12-month suspended sentence with a R12 000 fine Michael Stolk received when he killed Anthony Webb at the 2016 Bastille Festival was totally inadequate when he pleaded guilty of culpable homicide and negligent driving and that justice was not properly served. Prison time of 15 years and a fine of up to R120 000 are allowed for these guilty verdicts.

SADD accept the fact that Anthony Webb was highly intoxicated, was on the road illegally on an off-road bike and his lights were not on. He has paid the ultimate price with his life.

However there also seems to be a great deal of evidence to prove that Michael Stolk had been drinking alcohol and overtook dangerously and illegally, leading him to crash into Anthony. Due to the fact that this data was not collected, the killer got away with an extremely serious crime.

SADD are very concerned that Stolk did not have his blood taken, or his state of intoxication recorded by the SAPS Sergeant from Franschhoek who was told by the medic on the scene and some of the witnesses that he was drunk, and who and asked him to take blood from Stolk.

This lack of proper police work and investigations often allows drink drivers to be found “Not Guilty”, even though they are not innocent. The Webb family have put an official complaint to IPAD about this lack of evidence being collected by SAPS. This is unacceptable and hopefully the Sergeant responsible will be disciplined, and others will learn from this.

In SA there is unfortunately a great deal of sympathy for drink drivers, and an acceptance of this serious crime. Drink driving is behind about 60% of our 18 000 deaths a year, so should be investigated and recorded properly.

It is not important whether the person is “drunk/intoxicated”, just whether they had consumed any alcohol, and they drove in an impaired way. Stolk admits he did not see Anthony. This is a typical symptom of alcohol impairing driving skills, and is called being “Blind Drunk”

By highlighting and getting jail sentences, and suspended Licences as allowed in the NRTA, this in turn acts as a deterrent to others to not drink then drive. 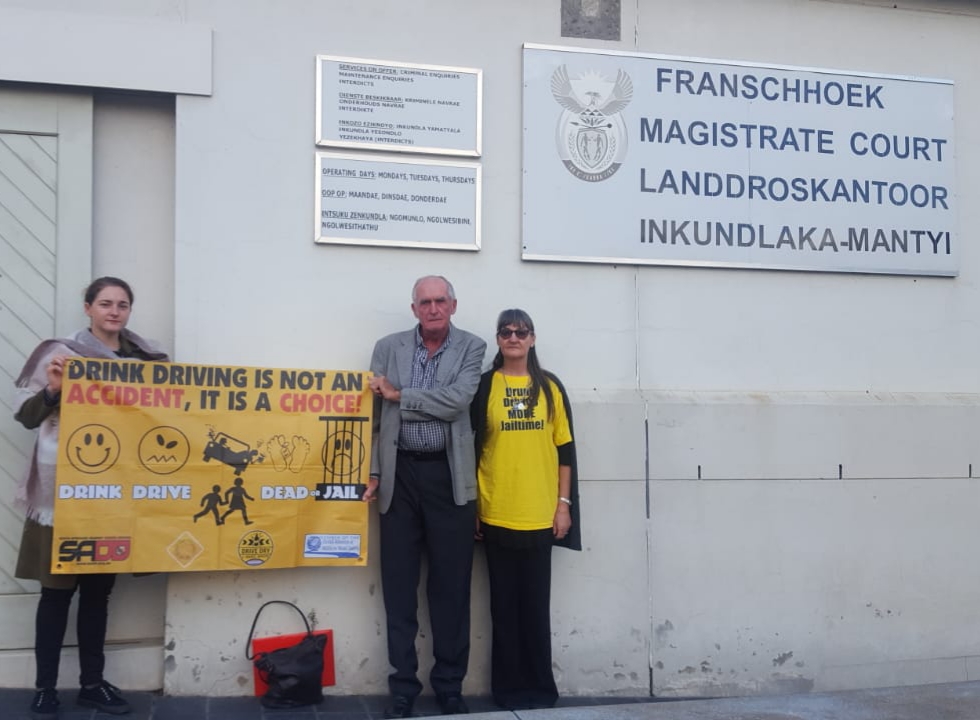