Precious and loving, and loved son of Mike and Caro, and special brother to Guy and Philippa and beloved friend of Rory and Brandon.

Lead guitarist of Band “Plush” – Winnners of The RP National Battle of the Bands 2002, beating 500 other bands in SA – including “Freshly Ground”. Chas was voted best Guitarist in South Africa for 2005 by ZA.Zone.

To a beautiful human being, who inspired thousands and left his mark – how I wish you were still here. I will never forget the precious time I got to spend with you! Thank you for the beautiful memories, I know that we will meet again.

‘Chas was my friend, my confidante and the young man with whom I was very much in love. Out of all the people I have ever met in my life, he has been one of the few who truly inspired me on so many different levels and his belief in me was unwavering. He had a laugh that would have me in giggles, his passion was contagious, his heart was untainted and his outlook on life so positive. He was a good, good man and I feel blessed and grateful that we got to spend some time together. His death will always hurt me and I wish I had told him everything I am writing now but I thought we would have a lifetime to say it all… Sometimes I wish I could hurry to he finish-line of my own life just so that I can see him again but my heart will always beat with him in it and he will continue to be an inspiration of growth for me.’
-Brenda Vos (girlfriend of the late Chas Smit)

Chas was killed by a driver who had been drinking then drove after an office party at about 12 at night, while he was crossing the road after an Alcohol free gig in Pietermaritzburg, on 18 September 2005.

The drivers BAC was 0.21 g, she apparently went through a traffic light with her lights off, in the wrong lane, and at high speed (as verified by the person who was walking next to Chas, but who was not included as a witness) and hit Chas – a sober pedestrian.

If 11 tots of alcohol was put into the cool drinks it would have accounted for 275 mls of fluid extra- and would have been very easy to taste in the cool drink. It is an offence for someone to drink alcohol after a crash 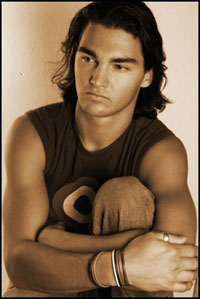