SADD was supporting the Reddy family and raising awareness of the crime of drink driving at the court case of Caleb Reddy, a young man killed on 27.12.17 by an alleged drink driver.

The accused drivers’ passenger was also killed and died later.

Before the Court  can proceed with the case they need the passengers autopsy results, which are ready, but cannot be presented to the court because the SAPS apparently do not have toner for their printer. This has delayed the court proceedings for the past 2 appearances.

This is absolutely shocking and we would really appreciate you following up on this and why it happened. The family take time off work, which is both costly and are also acts as secondary trauma.

We need to be totally outraged by the SAPS inefficiency. How much does a cartridge of toner cost? How traumatic & costly for the family to attend hearing after hearing unnecessarily?

Victims need better rights in SA and www.sadd.org.za are working diligently on this and have also joined an International Road Victims’ Partnership  NGO – IRVP.

Caleb qualified recently from TUKS but his family were too traumatized to go fetch his Economics &Theoretical Statistics degree two weeks ago.

The loss of a talented young man like this is a huge loss to our countrys’ economic growth and development.

SADD are helping 10 families at the moment, all over SA, and are utterly horrified at how cases are being handled.

The collection of required data (including blood is often not being done, nor is well documented/written down, proof of being “under the influence of alcohol”) by the SAPS or Metro Police and Investigating Officers is often so poor (e.g. Using expired blood kits) that the accuseds’ are getting away with killing or severely injuring (often multiple people) not because they are innocent, but because of poor documentation of the necessary details.

The other very worrying trend we are seeing is that Advocates are using the reason that the accused is a “first time offender” and are then asking for correctional supervision or house arrest, instead of the accuseds’ getting jail time, as is allowed in the National Traffic Act.

SADD ask – “Are we each allowed to kill one person in SA after drinking then driving? 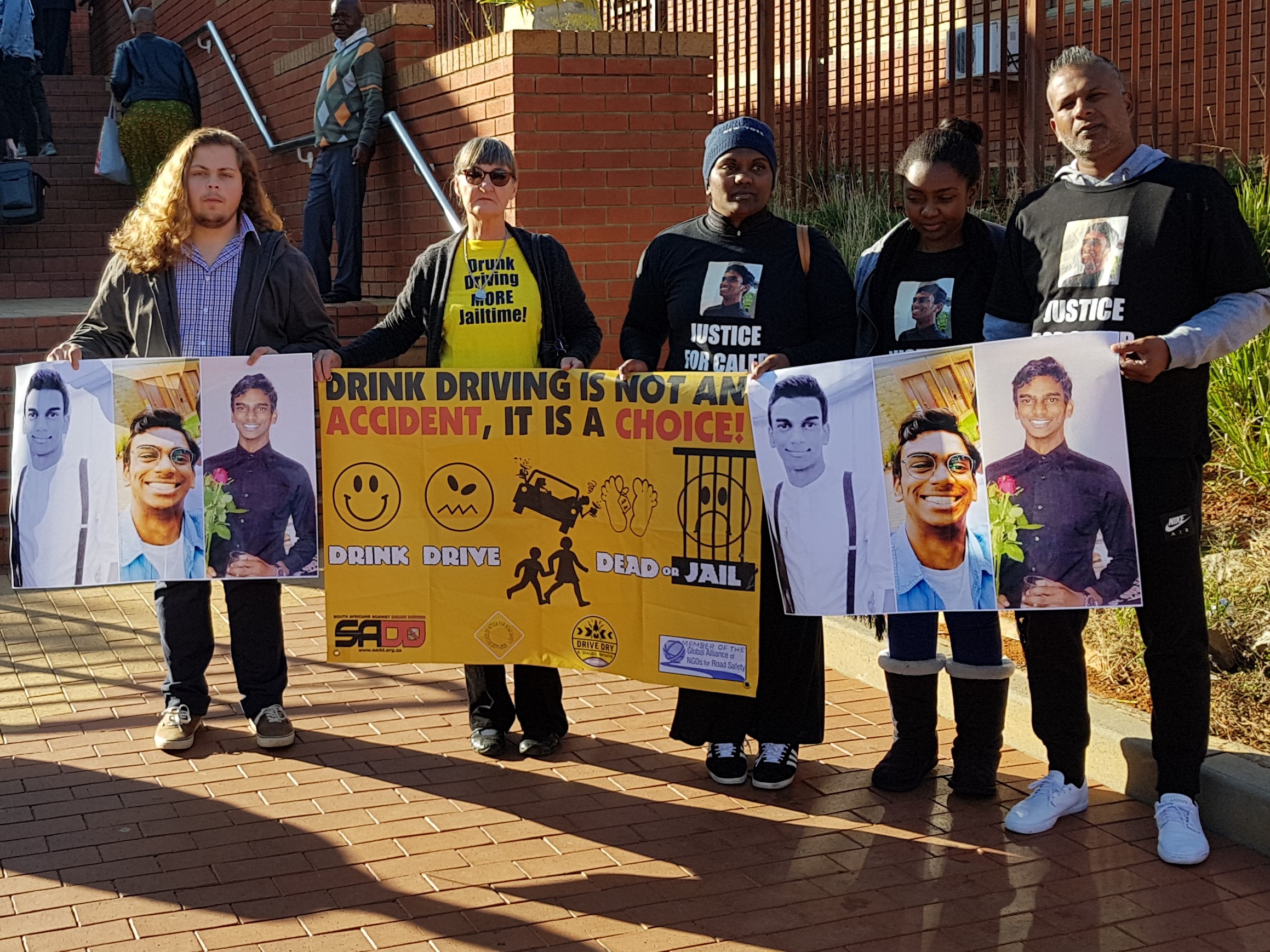