You are here:
2017MiscellaneousProjects & Events 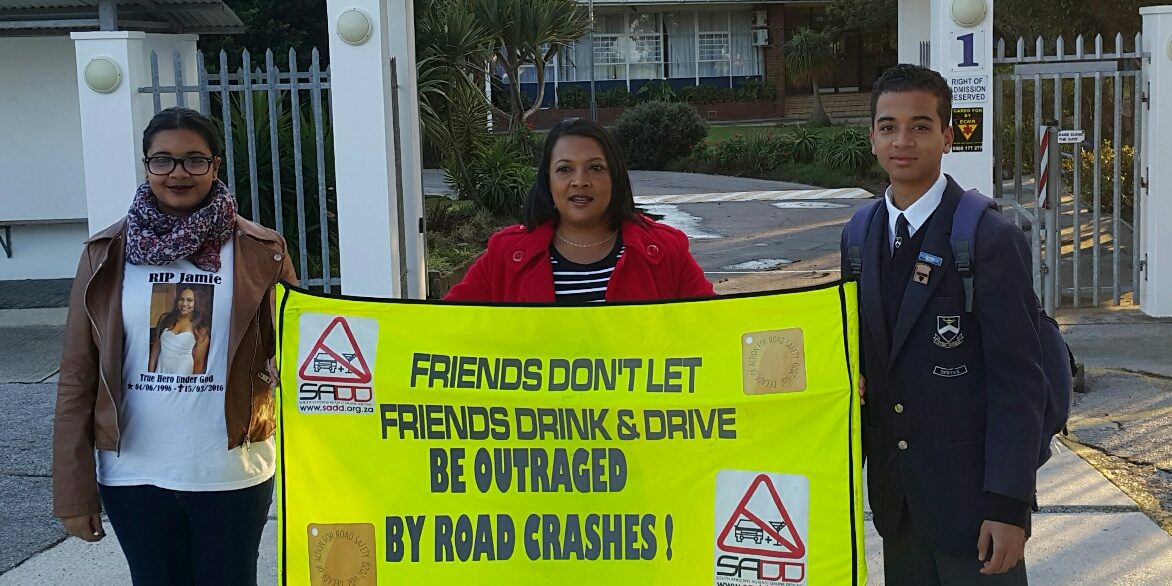 23 August 2017 –  SADD was invited to Westering High School to have a  talk with Grade 10,11 and 12s about drink driving, being strong enough to say no to alcohol at school level, and saying no to getting a lift with anyone else who has been drinking.

Jamie Baartez is an alumni of the school, and she was 19 years old when she was killed by a reckless driver.

Jamie’s friend, Courtney, also spoke to the students and encouraged the students to be more vigilant with their choices.

It was Jamie’s 21st birthday a few days ago, and in  memory of her the family decided to speak to the school about road safety, and encouraged the staff to include road safety into the Life Orientation classes.